July 15, 2020
on October 21, 2019 E-Cig & Vape Reviews, Reviews
Stealth and portability have always been the name of the game when it comes to ultra-compact form factor pod-style devices. While Vaporesso has mostly taken a backseat when it comes to pod-style devices releasing only a few devices in this form factor, they’ve always managed to make a noticeable impact on the vaping scene with their innovative features and designs. The Vaporesso Aurora Play continues this philosophy in more ways than one, and we’re going to find out just how it does that. 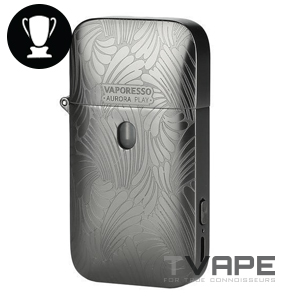 Despite the Vaporesso Aurora Play following in the footsteps of its predecessor in the design department, it doesn’t mean that the aesthetics have stagnated one bit. The Vaporesso Aurora Play makes a few design changes from the original Aurora such as the slightly filleted edges that give it a more streamlined look as opposed to the traditional lighter aesthetic which we’ve seen in the previous design.

It’s not just all just about looks either. The Vaporesso Aurora Play also features the same flip top hinge design harkening back to the original Zippo lighter. We were more than elated to discover that all the same lighter tricks apply in this revisiting of the familiar design.

Flipping open the top reveals the mouthpiece and pod assembly which means that when not in use, the Vaporesso Aurora Play absolutely doesn’t give anything away in terms of its real intended function.

The high-quality zinc alloy chassis is also a nice break away from the sometimes tiring plastic that often gets used in the majority of pod-style devices. While the use of metal does add some heft to the overall package, it doesn’t detract in any way from the portability of the device. 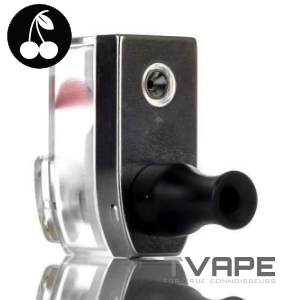 We already had some idea of what to expect when it came to the flavor and vapor quality generated by the Vaporesso Aurora Play. This is mostly due to the kit using the same tried and true Vaporesso CCELL coils that make use of a porous ceramic material that acts as a wick in lieu of the organic cotton that we see in most standard coil designs. If you are looking for a 510-thread battery for oil cartridges we suggest checking out the Smok Micare.

Flavors come through strong and without any unwanted aftertaste and the quality has been pretty consistent since the beginning of testing which started 7 days ago. These coils are built to last and we’re more than satisfied with how they’ve held up so far.

The kit comes with two types of CCELL coils out of the box. The first of which is a 0.65-ohm coil designed be to used with freebase e-liquid and enable the Vaporesso Aurora Play to fire up to a maximum wattage of 20 watts. The second coil packaged with the kit is rated at 1.3 ohms and features a true mouth to lung draw resistance and is meant to be used with nicotine salt e-liquids.

While the device worked fine with either coil plugged in, we’re a bit more partial towards nicotine salts as this easily gives a better throat hit with each pull. 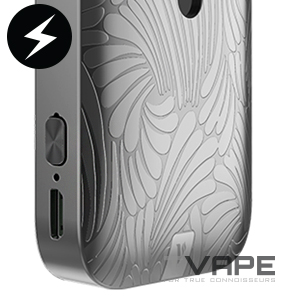 Just like the Aspire Breeze 2, the Vaporesso Aurora Play can only use the coils available to regulate the power output, there really isn’t any other way to get more power out of the device other than using e-liquids with higher strengths. People who use 510 cartridges tend to prefer the Yocan Wit.

Like most pod-style devices, the Vaporesso Aurora Play doesn’t support any form of variable wattage or temperature control which almost comes to us as a surprise as the device packs a variant of Vaporesso’s trademark OMNI Board, the OMNI Board Mini. 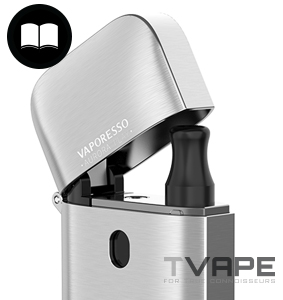 The e-liquid ports on the Vaporesso Aurora Play are also easy to see even in poorer lighting conditions so we never felt like we were second-guessing ourselves or the device when the time came to refill the pod.

Refilling the pod is also exceptionally easy as it sports a top fill port, instantly eliminating the need to remove the pod from the main body of the device which has become somewhat of a standard in most portable kits. 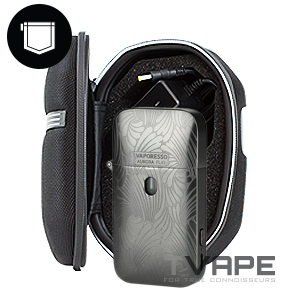 With the dimensions of the Vaporesso Aurora Play spanning to 78.8mm by 43.7mm by 15.5mm, it’s easily one of the more compact devices in its category only falling second to devices such as the Juul or its many USB drive-like counterparts in the market. The device is easily concealed and can be quickly tucked away in your pocket for easy storage without it feeling bulky.

The battery life is also respectable, with the integrated battery rated at 650mAh. It falls short to only a few select devices in the market such as the popular Aspire Breeze and Nautilus AIO which sports 1000mAh of power. This isn’t to say however that the Vaporesso Aurora Play won’t be able to deliver an all-day vaping experience. Through our experience, the device easily lasts for an entire day of vaping so you won’t be reaching for that charging cable midday too often. 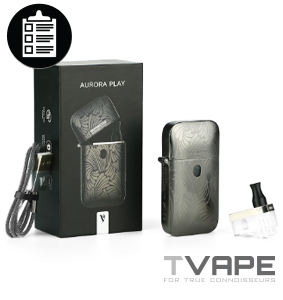 While the Vaporesso Aurora Play might not hold the title of having the biggest battery available in the pod-style market, it still manages to pack a decent punch in the longevity department.

The beautiful design, convenient form factor, and excellent vapor quality are the main selling points of this device an in that vein, the Vaporesso Aurora Play doesn’t disappoint one bit. It’s easy to set up and use, making it a great choice not just for long time vapers, but beginners as well.