We’ve already reviewed a few Yocan units such as the Evolve C, Evolve Plus, and Evolve Plus XL. Overall, Yocan is a decent budget brand that doesn’t bring anything new to the table but focuses on solidifying their already-done formula. At less than $50 USD at the time of this review, the Yocan Flick is one of the least expensive 2-in-1’s on the market today with the ability to do both wax and juice. Is it any good though?

If you’re new to the scene and need help deciding on a proper wax vaporizer, check out our handy Wax Pen Buyers Guide for some useful tips and tricks! 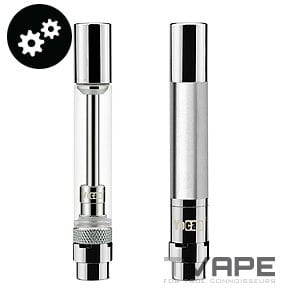 The Yocan flick is remarkably easy to use. There are two atomizers included –one for juice/oil and of course, one for wax concentrates. One button turns the unit on and powers the heating element.

The atomizers disassemble nicely and loading them isn’t too difficult provided you don’t have shaky hands. Beyond that, there’s nothing else to really do for the unit. 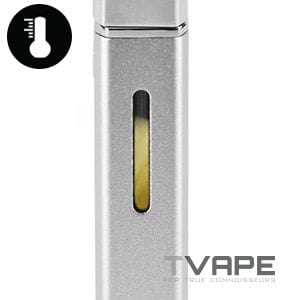 Unfortunately, there is no temperature control. I cannot find any information available as to what temperature or voltage the coils heat at and at least that info would be nice to have!

I wouldn’t expect a unit at this price point to have temperature control, however, telling us at least what voltage it is being fired at would be welcomed! Users looking for an oil pen that offers total voltage control usually tend to prefer devices like the Yocan Uni Pro. 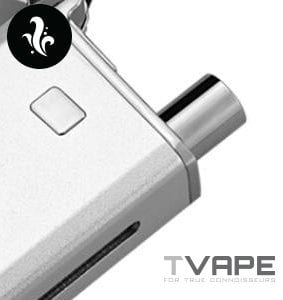 It’s okay. Again, for the price point, you really aren’t going to expect anything great. This unit would please a beginner definitely, however, the more seasoned enthusiasts won’t be wowed by it. The Flick certainly isn’t bad by any means, it’s just nothing special.

The wax hits are quite decent. It does the job certainly and with a longer draw, you’ll be able to throw out some pretty decent clouds! Flavor is good though not great. The e-juice hits aren’t wispy but they aren’t large. I’d place the juice hits right in the middle. I’ve tried worse, however, I’ve tried far better namely Tronian Nutron. Especially without precise wattage controls, you won’t be able to tailor it to your needs.

The best way to sum it up would be impressively average. It runs a tad bit warm, however, it’s not scorching hot by any means. For a 2-in-1 under $50, you can’t really go wrong with it. 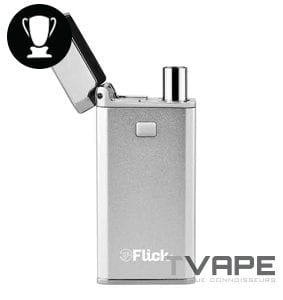 For such an inexpensive unit, it’s pretty good. The feel, construction, and build quality are quite nice and it’s actually quite surprising, although the chrome feels like it’ll attract scratches and fingerprints easily.

Perhaps a different finish would’ve been appreciated to really complete the stealthy look of it.

It uses a single quartz coil for a heating element. The glass window on the side is useful since you can gauge how much liquid you have left in your e-juice tube.

They don’t include any special accessories beyond the two atomizers, the unit itself, a MicroUSB cable and a pick. No manual is included in the box. You kind of get what you pay for though.

The lid on the top which gives it the classic lighter feel is a very healthy design choice, and keeping your mouthpiece free of dirt and debris is a really nice function!

Some users looking for an oil pen that has a premium look and offers high performance usually tend to prefer units like the Vessel cartridge battery. 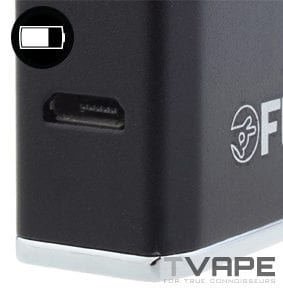 The battery is a mere 650MaH. Relatively small however in a device this compact, I’d be really surprised if they could’ve fit anything more than that in it.

The battery isn’t interchangeable so if you’ve run flat, you need to charge it via USB before you can use it again.

The battery will last you all day with medium-light usage, however, if you are hitting it frequently, you can expect to need to charge it before the day is done. Users looking for a stronger battery usually tend to prefer Smok Micare that has 700mAh battery. 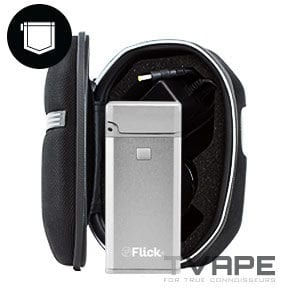 This is really where the device is great! The compact form factor, ability to fit in your palm without being seen, and an aesthetic that mimics a lighter – it’s the perfect unit for last-minute throwing into your bag/pocket.

My only gripe is you’d need to carry two cartridges if you want to hit both juice and wax in the same outing, so finding a place to keep your other pod is another thing to take note of. Users looking for a dedicated and portable oil pen tend to prefer units like the CCELL Silo. 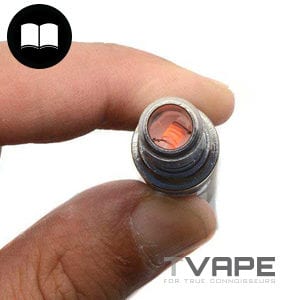 Dead simple one button use! 5 clicks to turn it on and hold the button to power up the heater. Some users prefer the Tronian Pitron that has no button at all – simple draw to activate.

The atomizers swap out super easily and hold in magnetically. Re-loading the carts is no issue and this unit really excels in friendly user experience. Yocan made it a simple device for beginners to get the hang of! 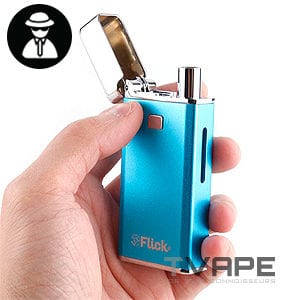 Being discreet is also where the unit excels similar to the Linx Hermes 3. To none-the-wiser, they’ll think it’s just a fancy lighter. While taking a draw, it’ll just be thought to be a funny looking juice vape.

While using wax, smell is contained pretty well afterward with the attached lid which is very handy when trying to be as discreet as possible.

If you’re looking to take a hit at a concert, outside of a bar, or anywhere else in public, this is a great choice! It would’ve been nice to have the chrome finish instead be a flat matte color to really avoid attention; however, it’s a minor gripe. 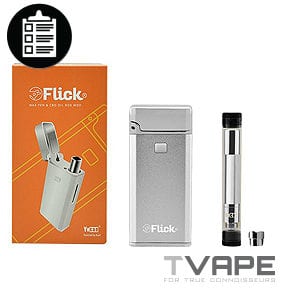 For the price, it’s a solid little device. Yocan has other offerings for cheaper that are practically the same minus the form factor and handy lid such as the Hive 2.0 and if you’re on a really small budget I’d rather opt for that instead.

I’d get this unit if you prioritize wax hits with the option for e-juice and oil occasionally rather than the opposite.

If you have questions about our review or just want to let us know what you think, feel free to drop us a comment below! Also, don’t forget to follow us on Facebook, Twitter or Instagram to keep up to date with all our contests, sales alerts, and other fun stuff! Thanks for reading and as always, keep vapin’.