October 15, 2020
on September 25, 2020 E-Cig & Vape Reviews, Reviews
Updated: September 25, 2020
For all the Smok fans out there who were hankering for a light and compact pod-style device but couldn’t bear the slightly lackluster battery life, you might be glad to hear that Smok is releasing another device of the same fashion. The Smok Novo brings a similar level of portability but with an extended battery life that should be capable of delivering longer lasting performance. With each pod holding up 2ml of e-liquid, the Smok Novo poses an interesting alternative for pod-style device users who appreciate the capability to vape with any e-liquid. Let’s check out the details on the Smok Novo down below. Also, be sure to check the vape buyer’s guides for important information to take into consideration before making your purchase.

If you are also into vaporizing dry herb or flower, I would recommend you check out the best vaporizers too. 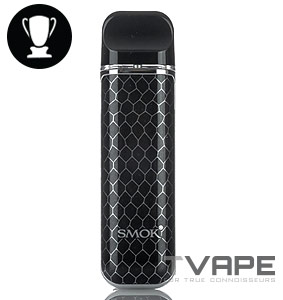 While the honeycomb/cobra pattern has been a trend slowly invading the majority of Smok mods as of late, the Smok Novo is the first pod-style device to make use of the design, making it quite unique within its size category.

Shaped into what resembles a fancy whistle, the overall profile of the Smok Novo doesn’t feature any sharp or jagged edges and instead makes straight lines and smooth edges to create an ergonomic form factor that’s easy on the hands.

Utilizing an integrated 450mAh battery, the Smok Novo holds quite the edge battery-wise over the older and smaller Smok Infinix, while slightly giving up a marginal amount of portability.

Comprised of only two components, namely the main body which holds the battery and the pod itself which is comprised of a coil, tank, and mouthpiece combo, the Smok Novo feels sufficiently solid to the touch and doesn’t produce any audible noise or rattling when handled. Users who are interested in 510 thread cartridges for oil often prefer the PCKT One Plus.

The lack of a display is compensated for with a smart singular LED indicator which is quite varied in its functionality. Not only does it flash accordingly to notify you of the remaining charge left within the battery, but the indicator also features specific prompts for the Smok Novo’s status such as when the device powers on or off, or if there’s a potential problem with the coil being defective and shorting out.

The convenient location of the micro USB charging port also makes Smok Novo easier to charge not to mention the non-proprietary cables allow the user to easily find a replacement cable in the event that the included cable is lost or misplaced.

Despite its small size, the Smok Novo hits surprisingly hard, trumping its smaller brother the Smok Infinix when it comes to overall vaping output. As a result flavor output is considerably heightened.

Another strong point of this device’s pod system is the sheer durability and longevity of the pods. Each pod in our experience lasted for at least one week with some even reaching the 2-week mark before there was a notable drop in flavor and vapor output.

One caveat, however, is some pods have the tendency to leak so that might be something you’ll have to watch out for if you decide to pick the Smok Novo up. People who use 510 cartridges tend to prefer the Yocan Uni Pro. 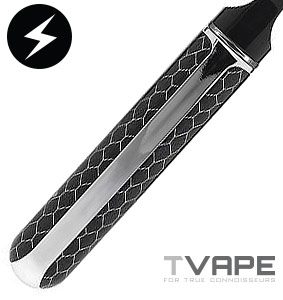 Being a pod-style device, the Smok Novo by default lacks many of the advanced features seen in most high powered box mods such as variable wattage, temperature control, or customizable TCR settings.

There are a host of protections built into the device however that prevents the device from shorting and vaping at dangerously low voltages and is extremely helpful in extending the overall lifespan of the device and its internal battery.

Since there’s no option to adjust the power settings of the Smok Novo, the only way to change up your vaping experience is to play around with the wide range of strengths available for your flavor of choice until you find that much coveted sweet spot.

The Smok Novo also lacks the option to adjust your airflow which isn’t considered a standard by any means, although more recent devices have been slowly cropping up with this feature so it would’ve been nice to see something similar on the Novo. 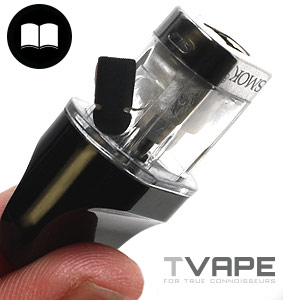 The Smok Novo uses a completely button-less design, relying on a fully air-activated sensor to fire up the device whenever taking a puff. This not only mimics the mechanism of conventional tobacco cigarettes but also makes it a lot more accessible for complete beginners to get into vaping with the practically non-existent learning curve required to set up and maintain the device.

Removing and replacing the pods is an exceedingly simple process that only requires you to pull out the old pod and push a fresh pod into the main body of the device.  Refilling the tank is also very user-friendly thanks to its side refill port which is easily accessible even without removing the pod from the mod itself.

The clear PETG also makes things convenient as the user is able to more accurately gauge how much e-liquid left in the pod before deciding to fill it up with more e-liquid. 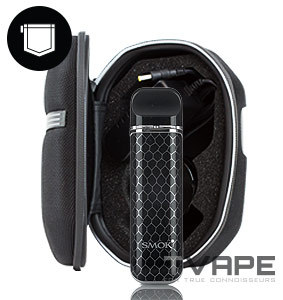 Thanks to the larger 450mAh battery capacity of the Smok Novo, it’s now able to last much longer on a day-to-day basis especially when compared to similar devices such as the older Smok Infinix or the Juul. A full charge can very well get you through an entire day of light to moderate vaping but heavier vapers will definitely find the need to recharge.

As previously mentioned, the ergonomics on the Smok Novo are pretty much bang on and the excellently shaped design doesn’t only make it easier to grip or hold the device but also much more comfortable to vape on as well thanks to the comfortably shaped mouthpiece. 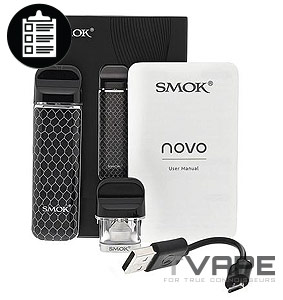 The Smok Novo is an above average performer across the board with the sole exception of its powerful vaping output that easily outstrips the competition when it comes to raw vaping power.

While the Smok Novo might not really introduce anything new into the world of pod-style vaping devices, it’s still a great entry point for potential vapers who are about to make their entry into the world of vaping.