April 16, 2020
on July 16, 2019 E-Cig & Vape Reviews, Reviews
Anyone who’s ever used an Eleaf device will know that most of their releases tend to be reliable and easy to use. While there have been a few releases that might’ve dropped the ball when it comes to durability and functionality, on paper, the Eleaf iJust 3 doesn’t fall into this category. With a massive 3000mAh internal battery, the kit also includes the ELLO Duro tank, an atomizer with a wide 25mm diameter which is great for bigger coils and even bigger clouds.
Let’s take a closer look at the Eleaf iJust 3 and see how it stacks up against the rest of the competition. Be sure to check the vape buyer’s guides for important information to take into consideration before making your purchase. 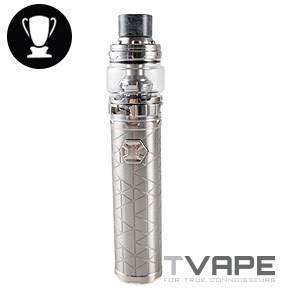 The first thing that’s sure to be noticed is that unlike the majority of Eleaf devices, the Eleaf iJust 3 doesn’t share the same minimalist design which many of its cousins sport. Instead, the Eleaf iJust 3 makes use of a shiny gloss finish accented with an array of geometric lines that cover the entire surface of the device.

One advantage that this design has over other typical finishes is that the geometric lines help mask fingerprints that tend to beleaguere glossy/shiny finishes, so this mod in particular, while being a fingerprint magnet, doesn’t necessarily show it.

The device feels rock solid when held in hand and there’s absolutely no wiggle or rattling to be experienced when using the mod. Regardless of what colorway you end up choosing, the Eleaf iJust 3 utilizes the same chrome-like trim at the base of the device and just above the hexagonal fire button.

Each kit also comes with an ELLO Duro tank that matches the colorway you’ve selected, creating a nice uniform look. The fire button feels sturdy and creates a solid and satisfying click when pressed. It also protrudes slightly enough for it to be easy to find just by feel alone which is always a good thing. Users who are interested in 510 thread cartridges for oil often prefer the Yocan Wit.

The Eleaf iJust 3 uses a standard 510 connection with a 25mm base. Machining is well done on this particular kit as there are no burrs or sharp edges for the connector to get caught on when unscrewing the tank from the base, facilitating a smoother and hassle-free connection.

The only concern to be had regarding the overall integrity of the device is the glass tank which is slightly wider than the diameter of the device itself, making it worrisome in case the mod ever tips over as this would increase the chances of the glass breaking. 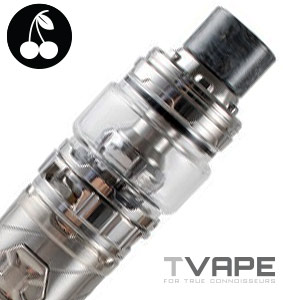 Something new that Eleaf is releasing with this kit are the new net coil and multihole coil systems as Eleaf themselves have dubbed it. There are claims of unparalleled flavor and vapor productions and while I cant say that these are 100% accurate, the hit pretty close to the mark.

Despite the varying nomenclature, the two coils perform similarly in that they create a very even vape, maximizing the total surface area of the organic cotton wicks. Traditional round coils tend to concentrate the heat in one area which can lead to uneven vaporization of e-liquid and in some cases even produce some nasty dry hits.

That totally isn’t the case with these new coils as the even vaporization produces a well-balanced vape. While the flavor production isn’t necessarily better than other setups, it still manages to hold its own as well maximizing the e-liquid that gets wicked into the coils.

There is also no annoying popping or cracking (or boiling of e-liquid) which is indicative of how even these coils vaporize e-liquid. Overall, a very nice improvement for Eleaf when it comes to making new vaping tech available in easy to use kits. 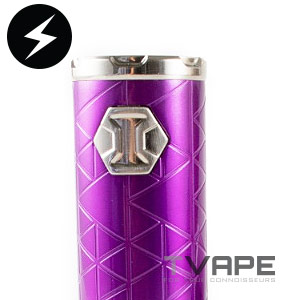 The Eleaf iJust 3 fires at a fixed direct voltage with a maximum of 80 watts at a full charge, so there’s definitely no shortage of power, vapor, and flavor when using this kit. The lack of variable wattage as an option highlights this a kit geared towards beginners who want a hard-hitting device, or seasoned vapers who want a simple mod that doesn’t compromise in performance.

While the functionality of the kit might be more akin to a mechanical mod, it uses a variety of safety features that ensure that unwanted accidents don’t happen such as over-charging, over-current, and over-discharging protections that are hardwired directly onto the Eleaf iJust 3’s onboard chip. People who use 510 cartridges tend to prefer the CCELL Palm. 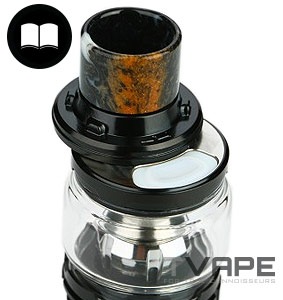 Operating the Eleaf iJust 3 is easy as it comes thanks to its one button design. A simple 5 clicks turns the device on with another 5 clicks to shut it off. Refilling the tank is as easy as pie thanks to the swivelling top cap design that only requires a quick push on the lid removing the need for tedious unscrewing. The tank also holds a whopping 6.5ml of e-liquid so you’ll rarely feel like you’re refilling too often.

Getting the kit setup isn’t rocket science either. Simply charge the device via the included micro USB cable and a powered USB port. A multi-coloured LED indicator located on the firing button will let you know when the mod is fully charged.

The ELLO Duro tank already comes with a coil pre-installed so all that’s left to do is top up the tank with your e-liquid of choice, let it sit for 5 minutes to allow the coils to fully saturate with e-liquid and you’re good to go. 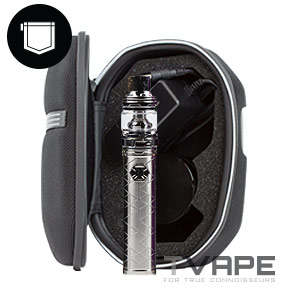 While the larger diameter of the Eleaf iJust 3 might be a disadvantage to some who are looking for the absolute slimmest of devices, I feel that the added girth is worth the sacrifice in overall portability as it allows the kit to house a massive 3000mAh battery.

Thanks to the battery the Eleaf iJust 3 goes a long way on a single charge which is impressive considering the strong output, easily lasting a full day’s worth of use.

Despite the initial comments regarding the larger diameter of the Eleaf iJust 3, its still plenty compact, easily fitting into any storage medium save the tightest and smallest of pockets. The added diameter also makes it a bit easier to grip, especially for vapers with larger hands. 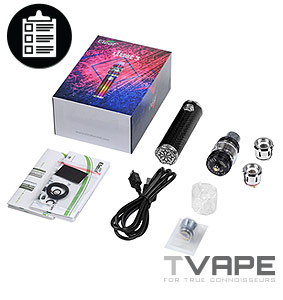 The Eleaf iJust 3 gets an easy recommendation thanks to its strong output, sturdy build quality, attractive styling, and most of all consistent and flavorful vaping performance.

If you are looking for the most portable and straightforward unit we would probably chalk that up to the Kandypens Rubi.

If you are looking for a mod-style vape to start with we suggest checking out the Vaporesso Swag.