We’ve reviewed out some of Yocan’s other offerings like the Yocan Flick and Yocan Evolve Plus which left us satisfied yet not blown away. Another entry to their discreet portable vaporizer line is the Yocan Stealth – a vaporizer with a unique switchblade style hinge that hides away quickly and comfortably. Compatible with both oils, waxes and 510-threaded cartridges, the Stealth is a versatile little unit with an interesting design. Check out what else we have to say about the Yocan Flick in our review! 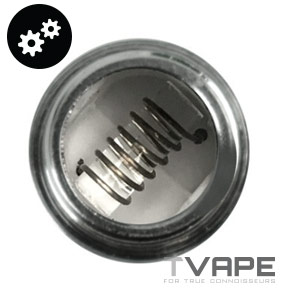 Akin to most wax and oil vaporizers, the Yocan Stealth is very straightforward to use. Simply load and thread on a freshly loaded wax or oil cartridge before turning the device on. Five rapid clicks of the button powers it on and to cycle between power settings, simply click the same button three times to cycle between them.

Holding down the same button will engage the heating element, during which you draw from the mouthpiece and fill your lungs with vapor. Once you’re done with your hit, just release the button and you’re good to go! 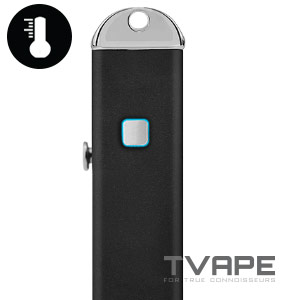 You get three pre-determined voltage settings with the Yocan Stealth – low, medium and high. We aren’t given exact numbers on these settings though we do know they are different enough from each other to make a difference.

As a prediction, we estimate the three settings to run at 3.2, 3.5 and 3.7v, though take this information with a grain of salt. For a device in this price range, we’d at least like to be able to choose our own settings, or at least know what they are! Users that prefer complete voltage control tend to lean towards units like the  Yocan Uni Pro. 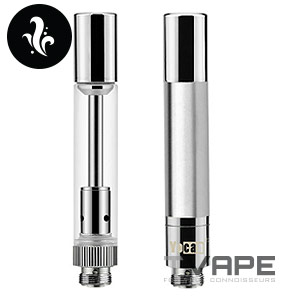 The vapor quality of the Yocan Stealth is unremarkable. That’s not to say it’s bad at all – in fact it’ll satisfy the vast majority of people who use it, however, it’s a device you’ll likely want to upgrade from in the future if you vape more than once or twice a week.

The single coil quartz atomizer does a good job at using the material however it’s not the most powerful or flavorful of the bunch, and the short vapor path does lead to harsher vapor on the two higher temperature settings. Due to the small chamber size, you can only load small amounts of material that’ll be used up in just a couple of hits, not making it the best choice for those who like to share with others.

With oil it’s the same story, however, most of the performance will greatly depend on the quality of oil you use. We always recommend spending a little bit more to get higher quality oils, as the performance boost is well worth the cost. Users that prefer dedicated oil pens usually tend to prefer units like the Tronian Nutron. 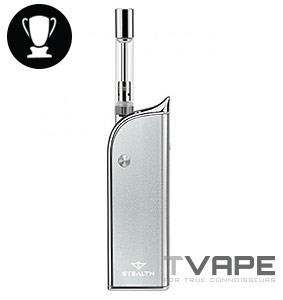 As with Yocan’s other products like the Yocan Uni Pro, the manufacturing quality is pretty average. We enjoy the unique design and the switchblade style is fun to use, however, we remain wary of the long-term durability. It’s aptly sized and feels nice in the hand and pocket, though it looks and feels odd with the mouthpiece flipped out.

Included in the box is a basic kit including the device itself, separate wax and oil atomizers, a charging cable, and a dabbing tool. A user manual isn’t included which is something you’d definitely expect at this price point.

Important to mention is we’ve noticed that liquid wax will leak out of the mouthpiece if the device is stored right side up, so ensure you put it upside down in your pocket to make sure you won’t end up with liquid covering your pockets or bag! 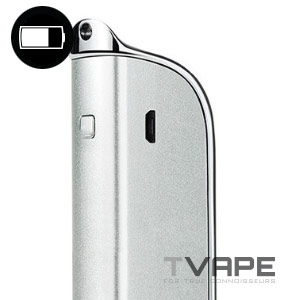 The 650mAh battery is good enough to get a hundred hits or so off a single charge, which is definitely good enough for casual users. For daily tokers and frequent oil users, I’d strongly recommend something with more juice instead.

The battery takes around 2 hours to charge from flat until full, which is relatively long considering the small capacity.

Users that desire their oil pens to charge quickly usually tend to prefer devices like the Yocan Wit that charges 500 mAh battery in just 30 minutes. 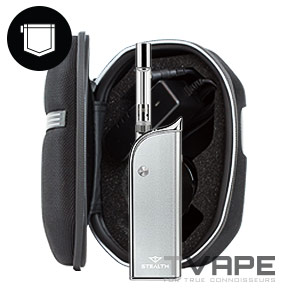 Not much larger than a cigarette lighter, the Yocan Stealth is definitely a great pocket companion similar to the Tronian Nutron.

The design feels sturdy enough to withstand some abuse, however, I’d be careful with the oil cartridge as it’s primarily composed of glass. For those who like to travel light, something this size is definitely a decent option. 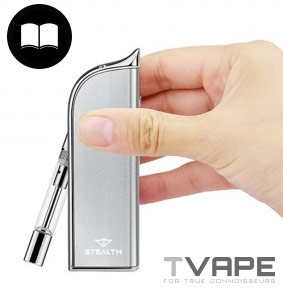 As with most beginner-focused devices, the Stealth is very simple to use with practically no learning curve. The 510 thread also accepts any 510-threaded cartridges under 9.8mm in diameter, which leads to a good amount of versatility. Unfortunately, this is too small for common 10mm CCell cartridges and hinders its practicality. Users looking for devices with bigger diameter usually tend to prefer units such as the PCKT One Plus.

Passing it off to a friend or stranger for a quick session requires little instruction and they’ll generate solid effects without much effort. Cleaning is also quite straightforward, as the wax atomizer and be cleaned easily with some isopropyl alcohol and careful use of a cotton swab. 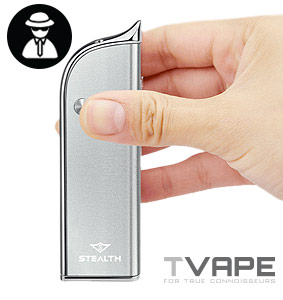 We’d actually expect a device named the Yocan Stealth to actually be a little more discreet like the Linx Hermes 3. As with the Yocan Flick, we’d think I’d try and look like something like a cigarette lighter rather than something that’s not recognizable at all.

This in itself draws attention, especially with the switchblade style hinge and that somewhat defeats the discretion of the whole unit. Not to mention the bold lettering stamped ‘Stealth’ right on the unit and it kind of makes you wonder about their design choices. 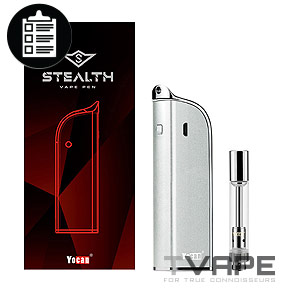 The Yocan Stealth isn’t particularly bad in any regard, however, it leaves us a bit unimpressed and hoping for a bit more from a unit with its name. It works just fine as a 2-in-1 oil and wax vaporizer, however, if you’re more than just a casual user and wants something with a bit more grunt, we’d recommend looking elsewhere.

Check out the Saionara atomizer if you want a 510-threaded wax atomizer, or for another budget oil and wax vaporizer, check out the Yocan Hive 2.0.

If you have questions about our review or just want to let us know what you think, feel free to drop us a comment below! Also, don’t forget to follow us on Facebook, Twitter or Instagram to keep up to date with all our contests, sales alerts, and other fun stuff! Thanks for reading and as always, keep vapin’.