From on-demand heating to session mode, and use with a whip or water pipe. The Tubo Evic can do practically everything except for filling bags. This is hands down one of the most niche, customizable and versatile portable vaporizer on the market today. Many units on the market aim to carry out a large variety of functions, though don’t really do any single one particularly well. Is the Tubo Evic any different? Let’s find out!

If you’re looking for your first dry herb vaporizer, make sure to check out our nifty Vaporizer Buyers Guide which was made to help getting started easier! 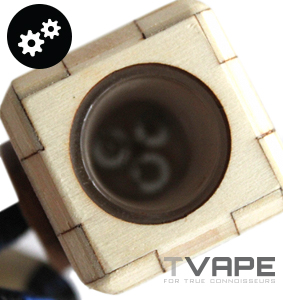 Similar to many Arizer products, your herb lies in a glass chamber built into the stem. Slide the loaded stem into the unit, power it on with 5 clicks of the main button, and three more clicks to heat it up in session mode! While in on-demand mode, the heating element actives with the hold of the main button instead.

Though simple to use, the Tubo Evic is the most customizable portable vape to date because of the built-in Joyetech Evic Mod. For the techies out there, you can adjust not only temperature but also TCR, firing modes, the temperature regulation algorithm and more! Everything can be changed and controlled through the OLED display and three main buttons, allowing you to change between firing modes on the fly. However, if you are not a techie then you may want to opt for a more user-friendly device like the Zeus Arc GT. 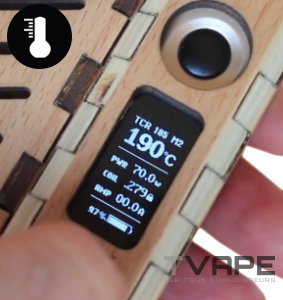 The Tubo Evic has completely adjustable temperature control, down to 5°F/1°C increments. You’re given the entire temperature range from cool enough to touch, to hot enough to combust and beyond! The display makes it easy to understand where you sit at and simple to adjust. To add to that, there are some fun features that make the Tubo Evic even more versatile.

It can either operate as an on-demand unit like the Firefly 2+, giving you near-instant vapor with a very short heat up time, or as a session vaporizer, for lengthy sessions if that’s your thing.

The session function has what’s called ‘Cruise Control’, which automatically lowers the temperature of the heater until you take a draw! A brilliant feature I hope other future vapes will incorporate, as it saves a good chunk of battery life compared to traditional methods.

You’re not bound to either heaving mode and can swap between the two modes seamlessly, so it’s all up to you! You can adjust so many little parameters within the device itself, and thus it’s the most versatile unit in terms of temperature control I’ve seen on a portable yet. 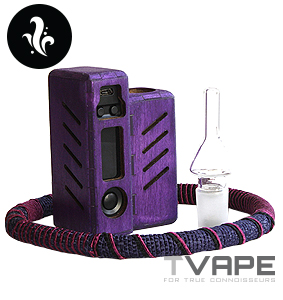 This is where the Tubo Evic really excels. With the purely convection vapor, you’re given flavorful, efficient and powerful sessions! Through either the glass mouthpiece, a whip or glass bubbler, you get stellar vapor quality!

The glass vapor paths allow for a very smooth, unaltered flavor. The power from the heater lets you take massive draws, finishing off an entire chamber in one to two large puffs.

However be aware, if you push the temperature up too high in the Tubo Evic you can absolutely combust, so be careful, start slow and work your way up.

Users who prefer avoiding the combustion of their herbs usually tend to like units with conduction based heating such as the Focus V Pro. 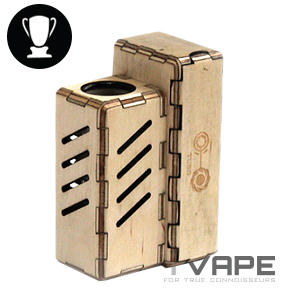 While some may be turned off by the wooden construction, it all feels quite sturdy. The fabrication is quite solid though some may feel like it looks cheap.

There’s not really much included in terms of accessories, and you’ll have to pay a small bit extra for a whip, water pipe adapter and so forth. Though those are all priced very reasonably and I see no reason to not get them for the few bucks extra.

You can tell it’s hand-assembled and done with care. Ergonomics suffer a bit due to the clunky shape and it doesn’t really feel like a ‘premium’ device similar to the Storz & Bickel Crafty+. It’s impossible to really ask for more though since it’s quite reasonably priced and the performance is great! 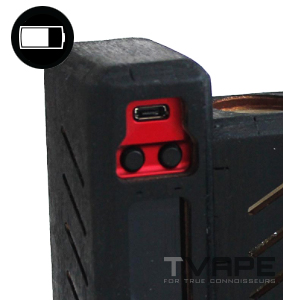 With interchangeable 18650 batteries, you’re given the chance to hot-swap batteries in case you run flat. You are also able to see your battery % right from the display which is always handy.

With that in mind, battery life is on the lower end of the spectrum, giving you just about 3-4 sessions per charge, depending on your heat settings and session mode.

Unfortunately, that’s definitely below average compared to many portable vaporizers such as the Zeus Arc, but if you have a couple of pre-charged 18650’s on hand, you won’t really run into any issues. 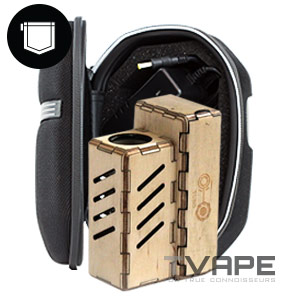 Being a chunky unit, it’s not what you’d really consider portable. It’s not awful by any means, though I certainly wouldn’t use anything aside from a bag to carry it around in, or very large coat pockets.

You won’t be able to really fit this into your jeans or sweater pocket discreetly by any means like you can do with the Davinci IQ. Refilling stems on the fly too isn’t quite so easy either so this unit is best suited as a portable home unit. 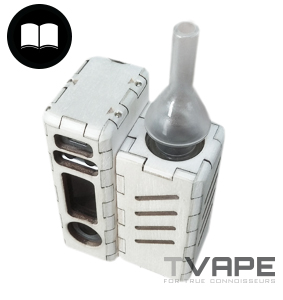 While it’s pretty easy to set a temperature and blast off, there’s a large amount of customization and a bit of a learning curve to it. You can change anything from temperature control, on-demand/session mode, coil settings, font size and more!

This is what user experience is all about – easy to give to a beginner for a session, while giving the veterans a chance to tinker around.

Of course, it’s not as easy to use as something like the Utillian 722, it’s still pretty simple to use once you get the hang of things. If you set the temperature and put it on session mode, your inexperienced friend will have no problems getting a thick cloud of vapor out! 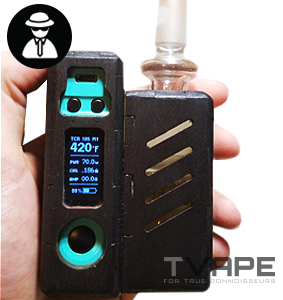 Due to the unique shape, wooden construction and obvious glass mouthpieces, this isn’t really a piece you can bring to out and about for a quick session. If someone were to see you taking a drag from it, they’d more than likely double-take and probably stare at the weird contraption.

It’d probably be one of my last picks if I were to have a night out and wanted to bring a little vapor with me. If there’s one redeeming factor in discreetness, it’s the fact that you can have a super quick, on-demand session in easily under 30 seconds. Users looking for discreetness when out usually tend to prefer devices like the Davinci Miqro. 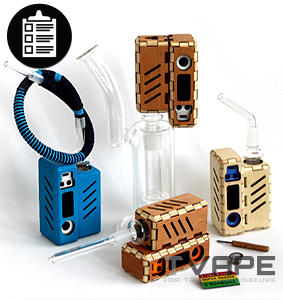 For what you pay for, the Tubo Evic just keeps on giving. Though it’s not exactly great for using outside of the house, it’s definitely great for at home.

If there were a Tubo Evic 2 to be released, I’d love to see some battery efficiency improvements, ergonomic changes and made easier for portability. At that point though, I don’t think it’s at all possible to have that all for under $200USD and even at the size it’s at.

For those intimidated by all the settings of the Tubo Evic but still looking for a vaporizer with a glass vapor path we recommend checking out the Arizer Solo 2.

If you are interested in convection style vapor in a portable product we recommend checking out the Utillian 722.

If you have questions about our Tubo Evic Vaporizer review or just want to let us know what you think, feel free to drop us a comment below! Also, don’t forget to follow us on Facebook, Twitter or Instagram to keep up to date with all our contests, sales alerts and other fun stuff! Thanks for reading and as always, keep vapin’!