For vapers who’ve always been curious about the capabilities of Vaporesso’s proprietary OMNI board chipset but have never been fans of flashy panel designs of the Polar or Tarot lineup, we got some good news in store for you. The Vaporesso Luxe promises to bring all of the much-sought power and functionality to a newly redesigned chassis which should cater to fans of more discrete devices.  In addition, the Vaporesso Luxe kit also includes their latest tank, the SKRR, which aims to deliver an even smoother and more luxurious vaping experience with an all-new and improved airflow system. Is the Luxe kit worth the upgrade over Vaporesso’s older lineup? Let’s find out. 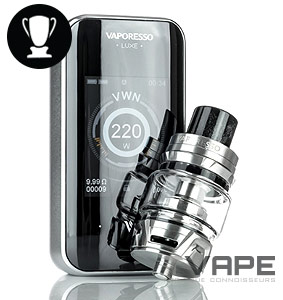 One of the most notable changes between the all-new Luxe lineup and the previous Polar and Tarot designs is it seems that Vaporesso has forgone most if not all of the aggressive lines and edges iconic to their older design language. What we’re getting now with the Luxe is a much smoother and streamlined package that provides a more comfortable and ergonomic grip.

The straight and non-tapered sides and edges of the Vaporesso Luxe make it more akin to the design language of the modern smartphone, and to be frank, we’ve taken quite a liking to this all-new direction that Vaporesso is going in terms of design.

On the front, you’ll find a large format color TFT display which spans 2 inches and encompasses pretty much the entire width of the device with its edge-to-edge design. The enhanced screen real estate is both functional and a thing of beauty.

Colors are bright and vivid, and the enhanced contrast of the display becomes even more apparent when considering just how crisp the image is on the screen. Fonts and figures are clearly displayed and easily legible, and the improved TFT color matrix makes outdoor legibility a non-issue even when viewed or used underneath direct sunlight.

Probably one of the biggest and boldest departures to be seen in the Vaporesso Luxe is the shift from Vaporesso’s traditional button layout which has almost become iconic throughout the entire device lineup. Instead, the Luxe features purely capacitive buttons located directly below the screen with the only physical button being the firing button located on the side of the device. If you are someone who also uses 510 oil cartridges and other vapers have reported Tronian Pitron is a good place to start.

Those concerned about the lack of tactile feedback from the capacitive buttons should find small consolation in the fact that the front-facing capacitive buttons manage to squeeze in a haptic feedback feature which should make the transition a lot less jarring for newcomers to this type of interface. 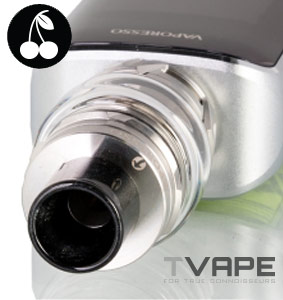 Being fans of warmer vapes, we found a lot of things to like about the all-new SKRR tank’s airflow system. While most tanks often boast of wide airflow slots designed to maximize the amount of air the tank can pull in, this usually compromises vapor warmth and density which often results in a less flavor-packed and duller vaping experience.

The new QF coils used by the SKRR manages to avoid this common pitfall by using what looks to be a unique dual chamber housed within the tank to heat up passing airflow more quickly and efficiently than regular coil heads, resulting in a much warmer vaping experience.

Bundled inside the Vaporesso Luxe/SKRR kit is a QF Mesh coil rated at 0.2 ohms, a QF Strip rated at 0.15 ohms, and last but not the least, one of Vaporesso’s forever classics, the GT CCELL ceramic coil rated at 0.5 ohms. This brings up another strong point of the SKRR tank, which is its backward compatibility with all existing and previous GT sub-ohm coil heads. This is especially useful if you’re upgrading from an older Vaporesso or Smok tank since you’ll be able to use your existing stock with the SKRR tank without any issues at all. Users who are interested in 510 thread cartridges for oil often prefer the Linx Hermes 3. 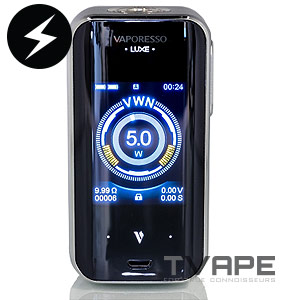 Variable wattage and temperature control feel top-notch on the Vaporesso Luxe and feels almost at par with the more expensive DNA series chipsets which are known to produce top of the line performance all across the board.

For most users though, the important factor here is a variable wattage and how it performs on the Vaporesso Luxe. Through our testing, we’ve yet to experience any issues such as misfires or lengthy firing delays. In fact, the Vaporesso Luxe ranks among the top devices for the shortest or most nonexistent firing delays for any device on the market.

When it comes to the maximum 220-watt power limit, the integrated circuit does a pretty good job of boosting the voltage from the two 18650 batteries used, although a true and consistent 220-watt output really isn’t possible with this sort of battery configuration. 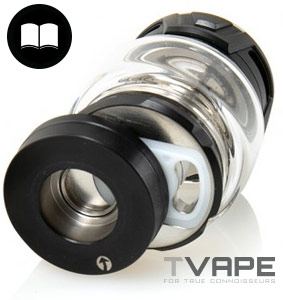 Despite the myriad of features supported by the Vaporesso Luxe, the device is surprisingly easy to use thanks to the well-designed user interface that meshes well with the capacitive buttons used to navigate the onscreen menu. Setting up the Vaporesso Luxe is quick, painless, and doesn’t require any tools.

The included sub-ohm coils thread smoothly and easily into the tank by hand and all it takes to power on the device is a quick 5 clicks on the power button for it to throw you straight into variable wattage mode. 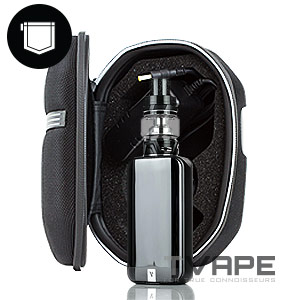 Despite its dual 18650 battery configuration, the Vaporesso Luxe manages to squeeze itself within a relatively compact chassis measuring 47.8mm by 30mm by 146mm. It’s a tight fit for anyone wishing to squeeze the device into their skinny jeans, but the reasonable size makes the device an easy fit for any bag or purse for easy storage.

The dual 18650 batteries manage to provide a buttload of battery life and 99% percent of vapers shouldn’t have any issues using the Vaporesso Luxe for 1-2 days before needing to recharge the device. The device sports a micro USB port that is capable of charging the installed batteries at a max charging rate of 2.5 amps although we do strongly recommend using an external dedicated charger to ensure proper balanced charging between the two 18650 battery cells at all times. 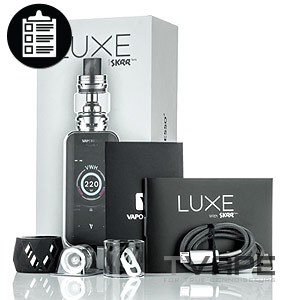 If you’ve always been a fan of Vaporesso products due to their reliable and powerful performance but have always wished for a more streamlined and subdued design, the Vaporesso Luxe should definitely be the next device on your wishlist. The clean aesthetic of the kit paired with the efficient design of the included SKRR tank, make it one of the best looking and better-performing mods on the market, with little to no compromise in either form nor function.