July 15, 2020
on October 29, 2019 E-Cig & Vape Reviews, Reviews
Smoant as a company has a small reputation for leaning towards the conservative side when it comes to the number of releases they pump out, especially when compared to brands such as Smok, Joyetech, or Aspire that seem to announce a new release every other week. What they have going for them however is a strong sense of quality and consistency built into their product line.
Their latest pod-style offering, the Smoant Karat breaks away from the success of the high powered Smoant Knight which puts them on the map and moves toward a more accessible and portable approach geared towards newcomers. 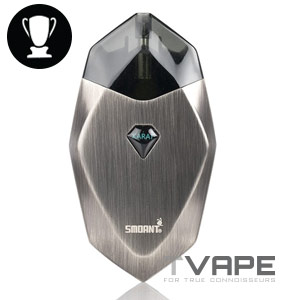 Without a doubt, one of the most standout features of the Smoant Karat is its aesthetics. Directly inspired by its namesake, the Smoant Karat shows off its perfectly chiseled and cut outer shell available in a good variety of colors ranging from black or silver, all the way to a colorful and brilliant rainbow finish that doesn’t hesitate to sparkle when viewed at from each and every angle showing off the finely cut precision of the device.

It’s not all perfect though as the Smoant Karat does have a tendency to attract fingerprints, a common issue usually seen in devices that opt for a glossy or shiny finish.

Despite the angular design of the Smoant Karat, the edges of the device aren’t too sharp so as to cause discomfort when holding the device in hand. Even our prolonged vaping sessions with the Smoant Karat have proven that it is indeed comfortable to use regardless of how long or how frequently you like to vape.

The pod which holds up to 2ml of e-liquid is slightly tinted which should normally obscure your ability to see how much e-liquid is left in the tank, but due to the large size of the window itself, we’ve found that this isn’t really a problem, fortunately.

If you’ve been using big box mods with 510 carts it may be time to look for something smaller, most vapers tend to start with Tronian Nutron for their oil because it’s much more compact than a mod. 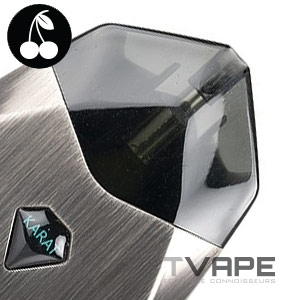 Another unique and noteworthy feature of the Smoant Karat is its usage of quartz as a coil material instead of the typical kanthal or stainless steel.

One of the big advantages of quartz is that it ramps up in temperature very quickly not to mention the flavors produced when using quartz often feel purer and less muted than when using typical metals (something which is already known and accepted within the dabbing community).

All of this proves to be true in the Smoant Karat’s case in terms of overall flavor production and while the Karat doesn’t necessarily produce the absolute best flavor we’ve come to be familiar with due to exposure to much higher powered sub-ohm devices, it comes pretty darn close which is already more than we can ask for in such a compact and easy to use device.

Airflow is smooth and restricted, both qualities which are well regarded in a quality MTL pod-style device. There’s no option to adjust the airflow but considering what the Smoant Karat was designed for (MTL vaping) there’s really no need for such an option as the airflow on the device as the way it’s setup already feels great.

The air-activated draw sensor on the device works as intended without any annoying hiccups which are to mean it fires on demand and without fail when inhaling from the mouthpiece. Just like the Juul e Cig, the Smoant Karat lacks any dedicated physical button to fire up the device. 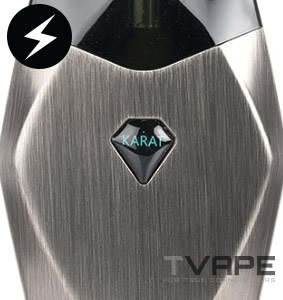 It almost goes without saying at this point but considering that the Smoant Karat is a pod-style device, it lacks any form of variable wattage or temperature control. There’s also a lack of multiple coil types supported as the kit only works with and includes a 1.3ohm quartz coil.

This means that the Smoant Karat will and only will ever vape at one fixed output unless Smoant decides to change that and announce/release a coil that supports sub-ohm vaping for a relatively higher vaping output.

On a positive note, however, the Smoant Karat does support refills which means you’re free to use any e-liquid of your choice and you won’t be limited to whatever pre-filled pod flavors manufacturers such as Juul offer.

The versatility in vaping your preferred e-liquid lets you adjust the intensity of the vaping experience via the nicotine strength of whichever e-liquid you choose. While the Smoat Karat works just fine with high strength freebase nicotine e-liquids, we’ve found optimal results when pairing the device with a high-quality nicotine salt blend. People who use 510 cartridges tend to prefer the Tronian Tautron. 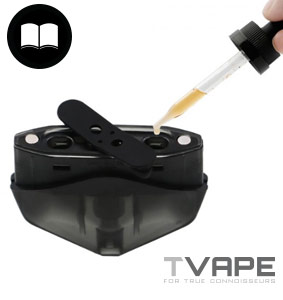 There’s no doubt that the Smoant Karat is easy to use. The magnetic assembly at the bottom of the pod makes pod removal/installation and coil swapping a breeze as the entire pod easily detaches from the base of the device. The Smoant Karat, unfortunately, doesn’t manage to avoid the common issue of bottom filling pods which means you’re going to need to detach the pod from the device when you need to top up e-liquid.

Something new however on this front is how Smoant integrated two fill ports onto the bottom of the pod and while we’re not quite sure what advantages this offers over single port devices, the good news is that each of these fill ports are more than adequately sized to accommodate bottles of any size, shape, or form.

Charging the Smoant Karat is simple enough thanks to the MicroUSB port located on the side of the device and while its always nice to wish for some USB-C integration in newer models, the accessibility and compatibility that Micro USB offers are second to none. 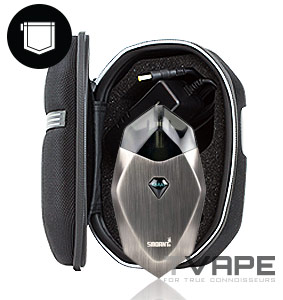 With dimensions of the Smoant Karat measuring out to 88 * 48 * 12mm. It definitely holds its own as an above average portable daily driver. The lack of girth of thickness to the device makes it easy to slip in and out of pockets and to top it off, the 370mAh battery which is integrated into the chassis makes for a decent performer easily lasting for about a day when vaping moderately.

Another surprising bonus is the chassis features accommodations for a lanyard to be hooked around which further enhances the portability of the Smoant Karat. 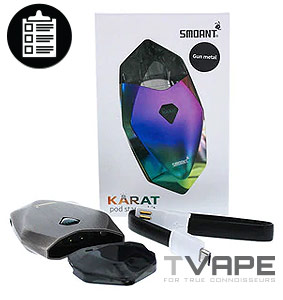 At the end of the day there’s really no major drawbacks that should deter you from picking up the Smoant Karat should you be a fan of its aesthetics. The more than ample battery life coupled with the strong flavor and vapor production makes it a decent performer overall.