Pod style vaping is on the rise and Joyetech is delivering their own take on this growing e-cig trend. The Joyetech Exceed Edge uses its own version of a pod system similar to the ones used by the Juul. Utilizing its own EX coils rated at 1.2 ohms, it delivers a unique mouth to lung draw, and is compatible with different e-liquid concentrations.  It looks to be a contender for the all in one kit that can cater to beginners and seasoned vapers alike. Be sure to check the vape buyer’s guides for important information to take into consideration before making your purchase. 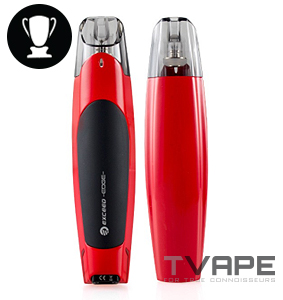 The smooth streamlined look is given more than its fair share of flair thanks to the chrome-like metallic finish. While it is pretty to look at, the mirror finish does have a strong tendency to attract fingerprints.

Like all pod-style devices, the Joyetech Exceed Edge lacks a screen of any sorts and instead relies on an indicator light located near the bottom of the device to relay information regarding the status of the mod and its remaining battery life. The micro USB port used for recharging the internal battery is also located here for convenient charging.

One main distinction that sets it apart from other pod-style devices is that the Joyetech Exceed Edge still employs a physical fire button for activating the mod. Where other devices in its category are air activated, mimicking the functionality of a cigarette, the Joyetech Exceed Edge operates a bit more like traditional electronic cigarettes, so that might be a pro or a con depending on your preferences. Personally, I prefer the feel of a physical fire button as it provides a satisfying tactile response when firing the mod.

One major strength that the Joyetech Exceed Edge kit has going for it is that the cartridge it uses is constructed from PETG plastic. Not only does that make the cartridge a lot more durable than typical glass containers or cartridges, but it gives it the added benefit of being food-safe and recyclable at the same time, a major concern as waste from vaping products are on the rise thanks to more and more are switching to vaping. 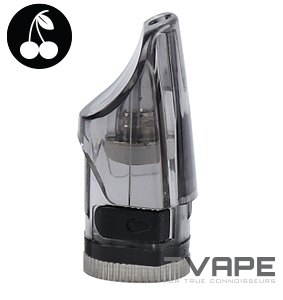 While the Joyetech Exceed Edge might larger than most conventional pod-style devices, that does it give more room to use a proper coil head. The EX coil head which is included in the kit is rated at a resistance of 1.2ohms, delivering a true mouth to lung vaping experience, perfect for those who are new to vaping and looking to make the switch.

Thanks to the bigger coil, flavor production is a lot more fleshed out when compared to devices such as the Juul.

Since the vape is designed to vape at a direct output relative to the resistance of the coil, this means that it’s not going to output a great deal of power. Naturally, vapor production isn’t the greatest as a result of this, but it still manages to best most of the devices within its size and power class. Because of this, the Joyetech Exceed Edge works best when filled with higher concentrated e-liquids. 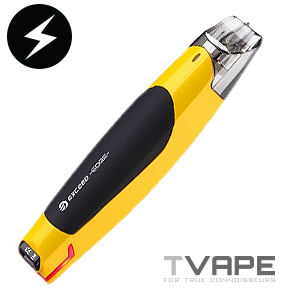 Like every other device in its category, the Joyetech Exceed Edge doesn’t have much going for it in terms of versatility. Neither variable wattage nor temperature control are features available with this kit which is a pity; considering how much larger the Joyetech Exceed Edge is when compared to the Juul or other similarly sized devices, it’s curious that Joyetech wasn’t able to pack any sort of extra functionality into this kit. 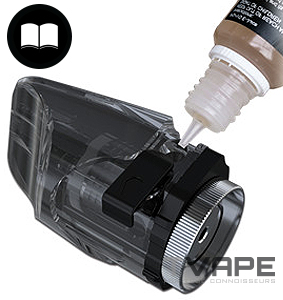 The lack of features in the Joyetech Exceed Edge make it an exceedingly straightforward kit to get set up and operational. Simply plug in the charging cable to the base of the mod until the LED light turns off which indicates that the batter is fully charged.

Press the fire button 5 times to turn the mod on. Press and hold the fire button to activate the device. While vaping, the LED light will either stay lit or flash at various frequencies to properly communicate the remaining battery levels. After you’re done using the device, another easy 5 clicks on the fire button turns it off for safe storage.

Another highlight of this kit lies within the cartridge system that connects to the main body of the mod. Not only does it hold a respectable 2ml of e-liquid, but it’s also quite easy to refill. A small latch on the side of the cartridge slides open, revealing a large fill hole for dripping your preferred e-liquid into.

Unlike other pod-style devices, the Joyetech Exceed Edge doesn’t require any specialized tools for transferring e-liquid into the cartridge. If you are someone who also uses 510 oil cartridges and other vapers have reported that the Vessel cartridge battery is a good place to start. 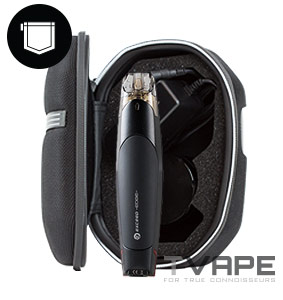 Probably one of the best features of the Joyetech Exceed Edge especially when stacked up against its smaller competitors is the much larger internal battery. With a rating of 650mAh, the Joyetech Exceed Edge has almost triple the battery life of its smaller competition. If you are looking for a 510-thread battery for oil cartridges we suggest checking out the Tronian Tautron.

Obviously what this means for you is that the Joyetech Exceed Edge is capable of providing an all-day vaping experience regardless of how heavy a vaper you are.

In addition to its excellent battery life, the Joyetech Exceed Edge is also very comfortable to hold. The unique and streamlined shape rests easily on the palm of your hand. The entire kit is pretty lightweight as well weighing in at a mere 74 grams total, making it one of the most ideal kits to take along with you on the go. 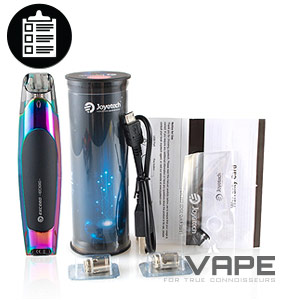 It’s hard to dislike the Joyetech Exceed Edge. It does many things right: an inspiring and attractive design, strong battery, great flavor production, and most of all, it manages to pack all of these traits into a wonderfully compact little kit. But at the end of the day if you are looking for the most portable and straightforward unit we would probably chalk that up to the Kandypens Rubi.

If you are looking for a mod-style vape to start with we suggest checking out the Vaporesso Swag.