August 26, 2020
on November 20, 2019 E-Cig & Vape Reviews, Reviews
The BO One is a pod-based vape that looks a lot like the JUUL. Each pod holds 1.5ml of juice, and they’re available in a variety of flavors and strengths. You can’t get anything more portable, discreet, or easier to use. Let’s see how well it performs though. Also, be sure to check our vape buyer’s guides for important information to consider before making your first purchase.
Editors Note: For those looking for the BO One experience but want the flexibility of using their own e-liquids and oils we suggest checking out the Kandypens Rubi. The Rubi shares a similar shape and features to the BO One but allows for users to fill the pods with their own choice of liquids and oils rather than having to continually buy pre-filled pods. 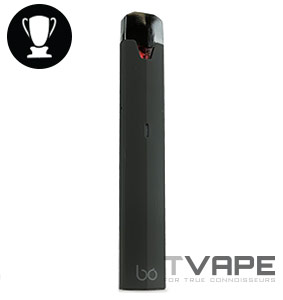 The first thing I thought when I saw the BO One was that it looks almost identical to the JUUL. The JUUL was the first pod-based e-cig/vape that I actually came across, but now I see that there are a ton. I’m sure this trend will only continue because it’s extremely beginner friendly and portable.

The BO is a little bit bigger than the JUUL, but not by any margin that makes it worth factoring into a decision between the two. One size-related factor that is worth considering is the fact that the BO’s pods hold 1.5ml of liquid! That’s a lot for a tiny vape like this!

I like the finish on the exterior. It feels nice to the touch, and I personally haven’t had a problem with excessive scratching from carrying it in my pocket. I looked it up and it’s apparently some sort of ceramic coating.

The battery capacity is 380mAh, which they claim gets you up to 380 puffs. I haven’t actually taken the time to count each individual puff, but I can say that it probably won’t last you through a whole day of vaping if you need nicotine fairly regularly. This will highly depend on what strength pod you get though, which is something I’ll talk about more in the next section.

There is an optional accessory called the BO Power, which is essentially an external battery for the BO. It’s about the size of a dual 18650 mod, just thinner. The BO slides into a hole in the top, and you can either just let it charge or use it while it’s plugged in. The Power station has a 1300mAh capacity.

For the most part, I think the manufacturing quality is very good. The one thing that I noticed is that the exterior of my pods sometimes is a little wet with e-liquid when I take them out. It’s never enough to actually leak to the exterior of the vape, but it does make me a little concerned about the long-term durability.

If you are looking for a 510-thread battery for oil cartridges we suggest checking out the Hermes 3 oil pen. 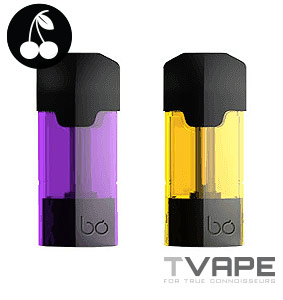 I found the flavor and vapor to be extremely enjoyable. You’re obviously not going to be winning cloud competitions with something this small, but there is still a satisfying amount of vapor when you exhale. I really liked some of the flavors I tried, but others I thought were a little muted. You’ll definitely have to experiment with as many as you can find to figure out what your favorites are. People who use 510 cartridges tend to prefer the PCKT One Plus.

You can’t refill the pods – at least you aren’t supposed to refill them – so you’re pretty much stuck with whatever is available in your area. And the flavor availability is highly dependant on where you live. 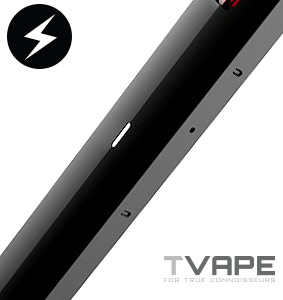 You don’t get any power flexibility with the BO at all. You just put a pod in and take a draw whenever you want.

There aren’t even any buttons on it. All the pods are designed the same too, so there aren’t any options out there for different resistance coils or anything like that. 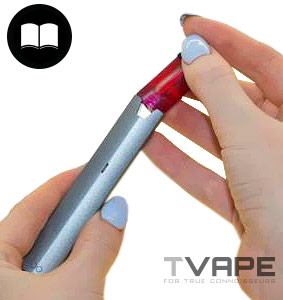 You literally can’t get any easier than this. I’ve said that before and ended up being wrong, but this time I’m fairly confident that this is as easy as it gets.

Like I just mentioned, there aren’t even any buttons. You just slide a pod into place and take a draw from the top whenever you want. The power is activated when it feels the suction from your draw.

Literally anyone could use this without any problems at all. It’s a good idea to not leave this around kids for that reason. 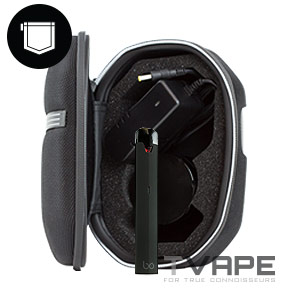 The portability of this is excellent. It will fit in any size pocket, even shirt pockets. You can carry it comfortably wherever you go with absolutely no hassle at all.

The battery life is good enough to last through most excursions, but I recommend picking up one of the power stations if you get the BO.

It’s great to have, even if you just leave it in your car or in a bag. Keeping one nearby guarantee your BO will last you through an entire day or potentially even a weekend depending on how much you are using it. 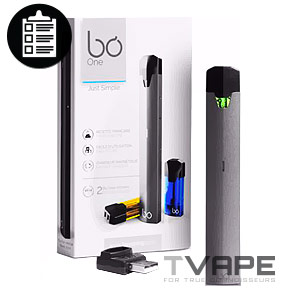 I like the BO One, it is probably the best pod unit I have tried.

In general, I’m becoming a big fan of these pod-based e-cig vapes. They take the barrier to entry to vaping and basically remove it. This is something that absolutely anyone making the switch would be able to use intuitively.

The portability is also a huge plus when compared to normal vapes. While they’ll never compare to the overall versatility of a bigger vape, the ability to comfortably carry it everywhere is a huge plus.

This is also extremely discreet. If you or someone you know has avoided making the switch to vaping because they don’t like how it looks, you’ll be happy with how unnoticeable the BO One is.

I only have one small concern, and that is the slight leaking that I mentioned earlier. It didn’t happen with every pod that I could notice, but I did feel the wetness on more than one occasion. So far it didn’t affect the performance at all.