July 15, 2020
on October 7, 2019 E-Cig & Vape Reviews, Reviews
Aspire has always been a company on the forefront of designing practical yet powerful devices with a strong feature set with the intention of catering to the more discreet type of vaper. Today we’re seeing a deviation from this standard in the form of the Aspire Puxos.
A single battery device capable of powering up to a maximum of 100 watts with help of a 21700 battery (or 8 watts with a 18650), the Aspire Puxos comes in a variety of interesting colorways meant to turn heads. Bundled with the all-new Aspire Cleito Pro tank, the Aspire Puxos kit doesn’t compromise on performance or functionality though, thanks to a healthy selection of available coil heads to select from.
Let’s check out the details of this kit down below and see how it stacks up to the rest of the competition. Be sure to check the vape buyer’s guides for important information to take into consideration before making your purchase. 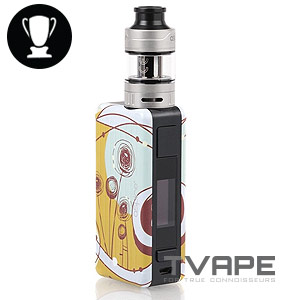 When handling the Aspire Puxos straight out of the box, one thing becomes easily apparent; The mod is extremely lightweight. With a chassis constructed primarily out of plastic, the Aspire Puxos is one of the few feature devices we’re reviewed to do this and while this is a major plus in the weight department, the material of choice doesn’t inspire a lot of confidence durability-wise as we’ve been accustomed to handling heftier devices in the past.

While the plastic construction might scare away a few potential users of this kit, the device does feel rigid when held in hand and manages to avoid that all too familiar feeling of cheapness that usually accompanies mods with plastic chassis design.

The Aspire Puxos doesn’t strive for anything new when it comes to its display as seen from our review unit. This is standard fare as far as Aspire is concerned with a regular black and white screen and while we would’ve preferred to see a colored screen considering we’re now nearing the end of 2018, taking away major points from this kit because of this doesn’t seem that fair as it really doesn’t affect the functionality of the device. Users who are interested in 510 thread cartridges for oil often prefer the PCKT One Plus.

While the monochrome display doesn’t push any boundaries within the realm of aesthetics, the varied colorway selection of the Aspire Puxos makes up for it with unique and tasteful designs meant to cater to a wide host of personal preferences or tastes. 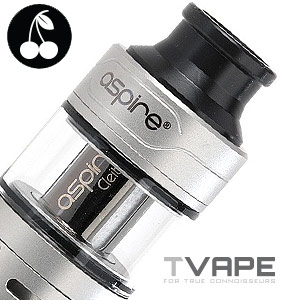 One of the strongest features of the all-new Cleito Pro tank that comes bundled with the kit is its cross-compatibility with a wide selection of coil heads. While the kit only comes with a couple of Cleito Pro coil heads rated at 0.5 ohms, there’s nothing stopping you from experimenting with and trying out the rest of the Cleito coil heads readily available for use with this tank.

As for the Cleito Pro tanks actual performance, it definitely does a decent job of outputting a good amount of flavor and vapor. This isn’t the best that Aspire has to offer though, as we’ve seen marginally better performance out of some of their previous tanks such as the Cleito Exo.

Specs-wise, the Aspire Puxos certainly lives up to its claims of its stated wattage delivery. Although the device had a tendency of firing at a slightly lower wattage than what’s displayed on the screen (not very significant with only a margin of 1-2 watts), firing up the mod feels very responsive with a quick ramp-up time and low firing delay, easily making it a potential candidate for any vapers all day vape. People who use 510 cartridges tend to prefer the CCELL Silo. 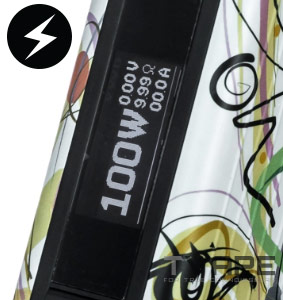 Temperature control mode has standard support for all coil temperature control coils including nickel, titanium, and stainless steel. Also with the ability to store up to three memory presets for TCR, you won’t have to worry about making minute changes to the devices temperature curves and losing them later on. 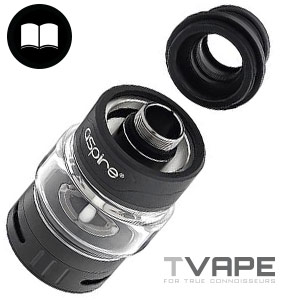 Getting familiar with the memory mode for adjusting TCR values does take a bit of reading up on for those who are new to vaping but thankfully, this really isn’t a requisite to enjoying what the Aspire Puxos has to offer. 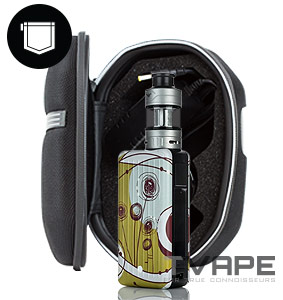 With dimensions measuring out to 124mm by 48mm by 30mm (with Cleito Pro tank installed), the Aspire Puxos falls well within the margin for an average-sized single battery device and should easily be able to slip into any pants pocket.

Battery life is more than sufficient, especially when using one of the larger 21700 or 20700 cells although using a 18650  will require you to recharge or swap out the battery mid-day depending on your frequency of use or what power settings you vape on.

The Aspire Puxos supports 2.5 amp charging via its micro USB port and charging downtime is short and quick so you’ll rarely feel impatient when charging the device for occasions where a spare battery isn’t available. 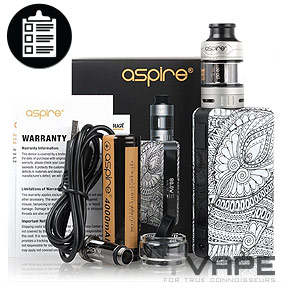 At the end of the day, the Aspire Puxos manages to deliver some impressive performance, especially when used in tandem with a 21700 or 20700 battery. It’s also one of the smaller 21700 mods available in the market, meaning you get relatively strong performance out of a compact kit.

While the display of the Aspire Puxos might feel a bit dated, it’s hard to find much else to complain about as the tradeoff you get for its low weight, reliable performance, and sturdy (albeit plastic) construction is worth well above the cost of entry for this awesome piece of kit.